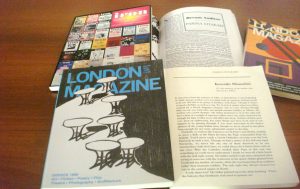 Susan Buck-Morss  Professor of Political Philosophy and Social Theory at Cornell University (author of The Dialectics of Seeing, Dreamworld and Catastrophe etc.): “A wonderful story teller.” “Believable characters.” “Clear and visual writing.” “Tremendous dialogue.” “I would stress the ‘cultural hybridity’ of your characters (an in topic today), given your own Greek English background from which you draw your material. Women centred narratives, dealing with questions of sensual passion, the power and position of gender relations and the larger voices of humanity that these questions raise. There is humour, frankness, compassion, but also bitterness and a critical bite in the narrator’s voice. The theme generally is about women coming into their own through (or in spite of) sexual experiences that reflect the tensions of contemporary social life. Also, the genres range from science fiction to women’s “pornography” in an exploration of what the sexuality of men and women -but especially women- is all about.”